Today in the Library we have Cryssa Bazos, who has dropped in to say hello and to share some insights into her life as an author.

You are very welcome, Cryssa, please introduce yourself:

Thank you for inviting me to your blog, Pam. I write historical romantic suspense set around the time of the English Civil War. Even though I’m Canadian, I’ve been drawn to Britain’s history, particularly the mid-17th century era.

Since the moment that I could hold a crayon, I’ve been a writer. They say that readers grow to become writers, but in my case the reverse was true. I can confidently say that I practiced my writing long before I could read – on walls, and especially on my doll’s forehead. The walls were soon covered up, but the legacy of the doll remains.

I write historical romantic suspense. While there isn’t a mystery to solve, the suspense comes from the element of danger that I throw my main characters in. Will they survive to be together is a central concern in my stories. Historical fiction satisfies my love for history and I seriously can’t imagine writing any story without including a romantic interest.

I am definitely an avid reader and story nerd. I usually have an audiobook and a reading book on the go at the same time to feed my addiction to stories. My reading tastes are somewhat eclectic. My main reading fare is historical fiction and all its sub-genres, but I also enjoy YA Fantasy and romantic comedies.

That would have to be Mary Stewart even though the closest she came to historical fiction was her Crystal Cave series. What resonates for me is her beautiful descriptions. Her settings take on the importance of character. I originally read the Crystal Cave series when I was in my late teens and re-read it so many times that the bindings dissolved. Years later, after I started writing seriously, I picked up a new set. I cracked them open with a little trepidation, fearing they might not stand the test of time, but I needn’t have worried. Once again I found myself lost in the world she had created. I could see the moonlight, feel the chill of the fog and smell the resinous perfume of the trees. It was then that I realized how much of an influence she had been on my writing.

The first draft is especially challenging, and it’s usually a dog’s breakfast. But once I have that first draft laid down, I eagerly roll up my sleeves and dive in. The promise of that second draft is what gets me through the first, because I know I’ll have something I can shape and craft to my heart’s content. I’ve tried banging out the first draft, fast and furious, but the result is an aimless meandering across the page with most scenes being exiled to the Land of Lost Scenes. I’ve come to accept that (for me) a big part of writing that first draft includes a great deal of mulling over the characters and the story. Instead of thinking about it as lost writing time, I’m learning to embrace it as a necessary part of my writing process. I only wish it would go faster.

When you’re stuck on a scene and experiencing writer’s block, just write anything even if it’s complete gibberish and will never end up in the story. Have your character write a letter to another character or tell yourself the story, no matter how banal. The important thing is to get that pen moving on the page. Eventually, your Muse will realize you aren’t going away and that you mean to work. At some point, a line will surface that changes everything and sets you down the right path. Now you have something to work with.

I would spend most of my free time gardening. I used to enjoy growing flowers from seed and tending to my roses. Unfortunately, since I started writing, my poor garden has suffered because of the inattention. But I do still manage to have some photo-worthy flowers that I like to share through my Instagram account. In fact, pictures of blooms far outweigh any of my bookish posts on that platform.

If a movie was made of one of your books, who would you like to play the lead roles?

One of my readers likened Iain Johnstone of Severed Knot as Sean Bean, and I couldn’t agree more. A younger Sean Bean (thinking when he played Sharpe) would exactly fit the bill. He has an edginess and depth that would suit the part. For my heroine, Mairead, I would lobby for Maya Hawke, who can be both tough and vulnerable at the same time.

Severed Knot is set in 17th-century colonial Barbados in the aftermath of the English Civil War. A Scottish Prisoner of War and a displaced Irish woman, both indentured to a sugar plantation, struggle to survive the harshness and heartbreak of their new world while seeking to escape the island and return home. 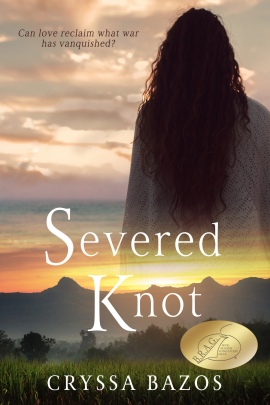 Barbados 1652. In the aftermath of the English Civil War, the vanquished are uprooted and scattered to the ends of the earth.

When marauding English soldiers descend on Mairead O’Coneill’s family farm, she is sold into indentured servitude. After surviving a harrowing voyage, the young Irishwoman is auctioned off to a Barbados sugar plantation where she is thrust into a hostile world of deprivation and heartbreak. Though stripped of her freedom, Mairead refuses to surrender her dignity.

Scottish prisoner of war Iain Johnstone has descended into hell. Under a blazing sun thousands of miles from home, he endures forced indentured labour in the unforgiving cane fields. As Iain plots his escape to save his men, his loyalties are tested by his yearning for Mairead and his desire to protect her.

With their future stolen, Mairead and Iain discover passion and freedom in each other’s arms.  Until one fateful night, a dramatic chain of events turns them into fugitives.

Severed Knot is a B.R.A.G Medallion Honoree and was longlisted for the 2018 HNS New Novel Award

Buy links: Severed Knot is available through all online retailers.

8 thoughts on “A Conversation with Historical Fiction Author, Cryssa Bazos” 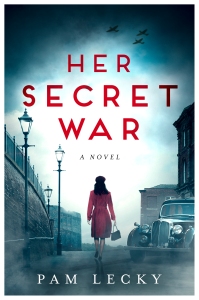