My April winner is:

A Highland Captive by Cathie Dunn

The first time I saw this cover it blew me away. Evocative and so clever as you are instantly drawn to the time and place and want to know  more about this mysterious woman on the cover. Congrats Cathie!

Cailean MacDubhgaill, a knight from a small western island fighting for the Scottish cause, joins the battle at Falkirk but is wounded when he takes a blow to the thigh by an axe. Sir Eòin de Moray, uncle to his late friend, the former guardian, Andrew, helps him escape the carnage and takes him into a nearby forest, but is killed whilst fighting off pursuers.

Once Cailean has recovered from his injuries with the help of the healer Brìde, he rushes to de Moray’s manor on the northern shores of Loch Ness to convey the news to de Moray’s daughter, Isobel, but he is too late. He finds the manor burnt down, its people displaced, and Isobel abducted. Determined to honour the knight who had saved his life, he tracks Isobel down.

Finding herself taken away from her home against her will, to be married off to an English lord in service to King Edward I, Isobel de Moray ponders her fate when a nighttime raid on the mercenary camp sees her freed – only to fall into the hands of a strong-minded knight. The stranger takes her to his keep on the remote island of Eorsa, to keep her safe.

But Isobel has other ideas…

IRELAND: 192 A.D. A time of strife and treachery. Political ambition and inter-tribal conflict has set the country on edge, testing the strength of long-established alliances.

Following a successful ambush at Cnucha, the Clann Morna tribe are hungry for power but must wipe out the hereditary leadership of their opponents to achieve this. Meanwhile, mysterious war parties roam the forests of the ‘Great Wild’ and a ruthless magician is intent on murder.

In the secluded valley of Glenn Ceoch, a disgraced druid and a woman warrior have successfully avoided the bloodshed for many years. Now, the arrival of a pregnant refugee threatens the peace they’ve created together. Run or fight, the odds against them are overwhelming.

And death stalks on every side.

This classic Irish fantasy and historical adventure was a 2016 SPFBO Competition finalist and Irish bestseller. 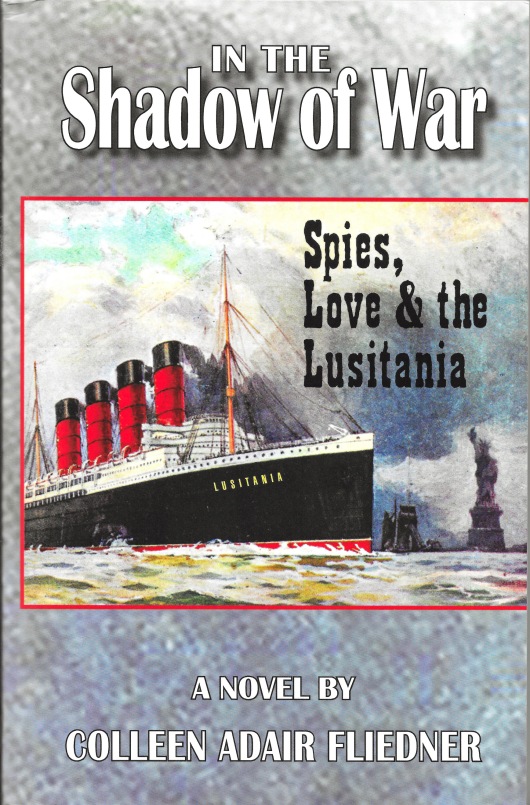 In 1915 while the First World War raged on in Europe, Americans, and especially New Yorkers, faced their own “silent war” at home. Disgruntled with America’s so-called promise of “neutrality” and overt trade deals with England and France, the German government set up a spy ring headquartered in Manhattan. Their espionage and terrorist networks had tentacles reaching all the way to the German Ambassador in Washington D.C. German operatives planted explosives on American and British cargo ships en route from New York to England, France, and Russia. They plotted to blow up trains, bridges, factories, and even the U.S. Capitol Building.

Josette Rogers is the daughter of a rich businessman who must move his family to London when he inherits his uncle’s import/export business. Curtis Carlson is a rising star at the House of Morgan on Wall Street. They each have very different opinions about whether or not America should enter the war.

Curtis and Mr. Van Camp, a senior partner at Morgan’s Manhattan offices, are sent to England to have $500 million loan documents signed that will help finance the nearly bankrupt British and French governments. Josette and Curtis are both traveling to England on the RMS Lusitania when Josette suspects there is a spy ring on board. Were they sent to divulge the location of the Lusitania?