My October winner is:

A cover that screams 1920s and a setting of Lake Como – what’s not to love! Having read this book I can tell you it’s a great whodunit story. Congratulations to John for such a genre-perfect cover.

Six English survivors of the Great War – four men and two women – converge on Lake Como, Italy in 1921. The result: one corpse and one killer…

Psychiatrist Joseph Barnett is treating wealthy socialite Penelope Jones for schizophrenia at a sanitarium in Como. She is convinced someone is trying to kill her.

Penelope is married to war veteran Alexander Cavendish, hero of the Battle of the Somme. Barnett knows – and hates – Cavendish from the trenches where both were officers during the battle: one was trying to save lives, the other take them.

Both men had been wounded and treated at a hospital in Amiens where Bartlett met and later married Rose who worked there as a nurse. But why does Rose also harbour an intense animosity towards Cavendish?

John Anthony Miller’s fifth crime novel Honour the Dead is a Rubik’s Cube of a murder case. Everyone is a suspect, there are motives to spare – readers will go dizzy trying to solve it… 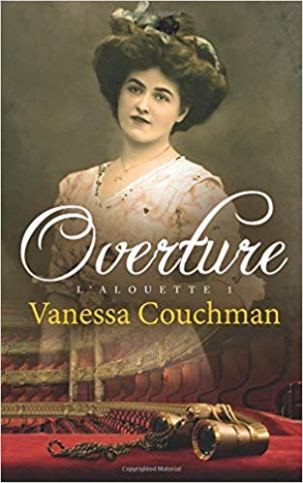 She has a unique talent, but everything conspires against her dreams.

France, 1897. Born to a modest farming family, Marie-Thérèse has a remarkable singing voice and wants to become a professional singer. But too many obstacles, including her parents’ opposition, stand in her way. And, through no fault of her own, she makes a dangerous enemy of the local landlord.

When the family circumstances change suddenly, Marie-Thérèse and her mother must move to Paris to work in her aunt’s restaurant. Her ambitions rekindle, but the road to success is paved with setbacks until a chance meeting gives her a precious opportunity.

She is close to achieving all her dreams, but the ghosts of the past come back to haunt her and threaten Marie-Thérèse’s life as well as her career.

Overture is the first in a trilogy set in France, starting in 1897 and finishing at the end of World War II.

This is the seventh volume of the Dawlish Chronicles naval fiction series – action and adventure set in the age of transition from sail to steam in the last decades of the 19th Century.

1883: The slave trade flourishes in the Indian Ocean, a profitable trail of death and misery that leads from ravaged African villages to the insatiable markets of Arabia. Britain has been long committed to the trade’s suppression but now a firebrand British preacher is pressing for yet more decisive action. Seen by many as a living saint, and deliberately courting martyrdom, he is forcing the British government’s hand by establishing a mission in the path of the slavers’ raiding columns. His supporters in Britain cannot be ignored and are demanding armed intervention to protect him.

This ostensibly simple task is assigned to Royal Navy Captain Nicholas Dawlish and the crew of the cruiser HMS Leonidas. Previous assignments have proved him adept in coping with political complexities and his crew has been recently blooded by successful action off Korea. But this new mission quickly proves that it’s not going to be as straightforward as it seemed back in Britain . . .Two Arab sultanates on the East African coast control access to the interior. Overstretched by commitments elsewhere, Britain is reluctant to occupy these territories but cannot afford to let any other European power do so either. And now the recently-proclaimed German Empire is showing interest in colonial expansion, and its young navy is making its appearance on the world stage . . .

For Dawlish, getting his fighting force up a shallow, fever-ridden river to the mission is only the beginning. There are obstacles to confronting the slavers, and the missionary himself, and his associates, are not the least of them. And the German presence cannot be ignored, even though Germany’s objectives are unclear and its activities contradictory and baffling. And there’s a mysterious European serving one of the sultans and intent on bringing the slave trade to a new level of industrial efficiency. . . 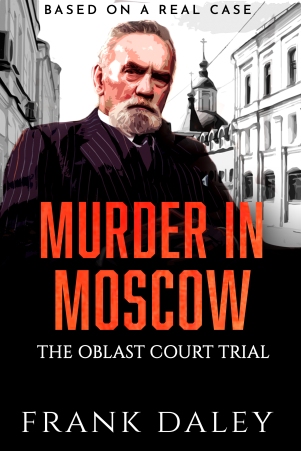