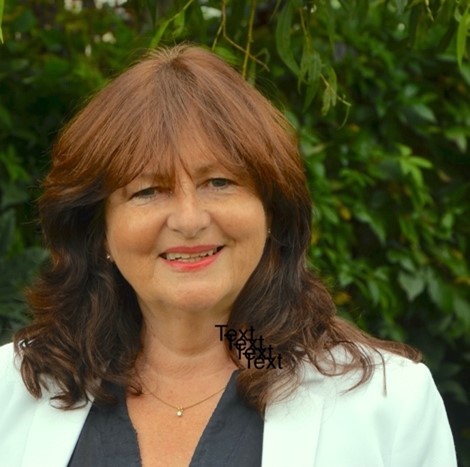 Pam thanks so much for inviting me to feature on your blog.

Let me tell you a little about myself. I live with my family in Co. Kildare just outside Naas, with Michael and two of our three sons. My youngest is eighteen, I don’t know where those years went to. I mustn’t forget to mention our treasured dog Coco who is still sprightly at the grand old age of fifteen.

I look forward to having my books in the book shops when I can have a real live launch. (Most important.)

Having retired from my job as a social worker, I took to writing, a hobby which I had enjoyed for much of my adult life. Being offered a three book deal from Poolbeg Press in 2020 was such a dream. And here I am.

The genre I write in is Historical Fiction. I have always been intrigued by stories of  the past. Small town stories. Stories of ordinary people who lived their lives under constant scrutiny, particularly if they veered away from the path of decency. Times when women and men didn’t have the freedom of choice that we have today, social mores being what they were. Times when women were morally policed within their own communities. Many times banished by their own tribe, never to return home again. Women disgraced for having sex, whether they wanted it or not. Having babies out of wedlock was a scandal in tight knit communities, where it took more than a strong minded woman to stand up to the harsh punishments doled out, and not only by the church.

And the men involved seemed to escape the badges of humiliation and punishment that went along with it. (Unless of course a girls’ brothers were brave enough to give some Jack the lad a good seeing to.) Respectability was to be safeguarded above all else, and it helped if a family had either a nun or a priest to call their own.

My books tell the story of such brave women, some who were able to see beyond the domination of the church and state. And more who suffered the consequences of the times.

Between Love & Betrayal tells the story of young Connie Stapleton who arrives in the West End of London in 1924, relieved to be free from her widowed mother’s clinging dependency on her. Connie can breathe at last.

Meeting Lucrezia Romano, a Neapolitan art student, throws her off guard, takes her completely by surprise. She falls hopelessly in love with the rebellious Italian.

Lucrezia, an outspoken feminist, has openly opposed Mussolini’s government and drawn negative attention to herself back in Naples. Voicing anti-fascist opinions, making a mockery of traditional Italian mores, she was vulnerable to harsh punishment by the regime if she were to remain in Italy.

Connie and Lucrezia discover in each other, a soulful connection. The couple decide to flee to the USA, wanting no more than to live their lives together, free from familial expectations. Free from societal condemnation – until fate shows its hand, throwing the two completely off course.

As Connie sacrifices her own emotional needs, she encourages Lucrezia to return home to Italy. The couple are separated.

Family loyalty, coupled with the economic pressures of the time test the relationship between the two. The story brings the reader from Ireland to the West End of London, to Italy and to the USA, before finishing the saga back in Ireland.

Having accepted her fate, living back home in the midst of the small community, Connie forms an unlikely friendship with a young flamboyant New Yorker, Darlene, who has arrived in Ireland full of expectations, only to be disillusioned with the narrow minded attitudes of the locals. Connie begins to question her situation as she is challenged by the newcomer, who is beyond disgusted at what Connie has endured. As the story unfolds, others who are drawn in to support Connie become caught up in events which will alter the course of their lives forever.