Today, I am delighted to welcome into the Library fellow historical fiction author ­­­­­­­­­­­­­­­­­­­­Carolyn Hughes.  She has dropped in to say hello and to share some insights into her life as an author.

You are very welcome, Carolyn, please introduce yourself: 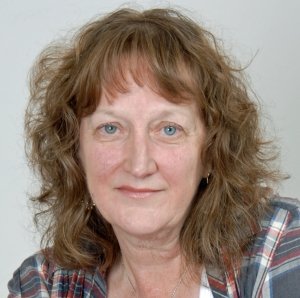 Hello, I’m Carolyn and I write historical fiction. (Sounds like we’re in a meeting for Writers Anonymous…) I’ve been writing all my adult life, but have come to publication only relatively recently when I am, alas, quite old!

I was born in London, but have lived most of my life in Hampshire. After a first degree in Classics and English, I became a computer programmer, in those days a very new profession. It was fun for a few years, but I left to become a school careers officer in Dorset. But it was when I discovered technical authoring that I knew I’d found my vocation. I spent the next few decades writing and editing all sorts of material, some fascinating, some dull, for a wide variety of clients, including an international hotel group, medical instrument manufacturers and the Government.

It wasn’t until my children flew the nest, many years ago, that creative writing and, especially, writing historical fiction, took centre stage in my life. I have a Masters in Creative Writing from Portsmouth University and a PhD from the University of Southampton.

I have now written four historical novels: Fortune’s Wheel (published 2016), A Woman’s Lot (2017) and De Bohun’s Destiny (2019) are the first three books in my MEONBRIDGE CHRONICLES series set in 14th century Hampshire (in southern England). I am currently writing the fourth book in the series.

My fourth written-but-not-yet-published novel is called The Nature of Things, and is the book I wrote for my PhD. It portrays the lives of seven principal characters across the entire 14th century. I am currently editing it (alongside writing the fourth CHRONICLE), and hope to publish it before too long. I am, by the way, self-published, under my own imprint Riverdown.

I write historical fiction, currently set in medieval England. Why? Well, when I had to choose what to write as the creative piece for my Masters in Creative Writing, I sought inspiration among my old scribblings, and rediscovered the fading handwritten draft of about 10,000 words of a novel I’d written in my twenties. Set in 14th century rural England, it was about the lives of peasant families. The novel’s plot wasn’t terribly good, yet I was really quite drawn to its period and setting. I had a light bulb moment and, a few days later, I was drafting an outline for the novel that eventually became Fortune’s Wheel.

Actually I’d long been intrigued by the medieval period, for its relative remoteness in time and in our understanding of it and also, I think, for the very dichotomy between the common present-day perception of the Middle Ages as “nasty, brutish and short” and the wonders of the period’s art, architecture and literature. The briefest of investigations quickly convinced me that I wanted to know more about the period, and I suppose I also realised that, by writing historical novels, I’d have the opportunity both to find out more about the medieval past and to interpret it, which seemed like a thrilling thing to do.

I do read quite a lot. I do of course read a lot of textbook type books, researching the background for my novels. That tends to be my daytime reading. But I also read fiction, and that is my night-time reading! As for genre, well, yes, I do read historical fiction but I’m also pretty fond of modern crime novels, and also some types of psychological thrillers, domestic noir and the like. Very occasionally I might read a romance, as long as it’s not too fluffy (my own novels do definitely include a fair dollop of romance, though there isn’t always a happy ending). What I don’t really like is fantasy in any form.

As I said, I’ve come to writing, or rather publishing, quite late in life. I’ve written creatively on and off all my adult life, but for years work and family were always my main focus, and it wasn’t until the children flew the nest that I realised writing could take centre stage. Even then, although I wrote some short stories, and one and a half contemporary women’s novels, my writing was rather ad hoc, and my tentative attempts to approach agents met only with rejection.

When Fortune’s Wheel was ready to be published, it met with some interest from the traditional publishing industry but no one wanted to take it on. I had a good friend, also a writer of historical fiction, who was doing very well for herself as a self-published author and she tried to persuade me to do the same. But I was too scared to go it alone, in case I messed it up, and eventually went with SilverWood Books, essentially a publishing services company, who produce very high quality books. SilverWood also published A Woman’s Lot but, by the time De Bohun’s Destiny was ready to go, I was ready for a change. I won’t go into all the ins and outs of why I chose to embrace self-publishing but it was largely about cost and being in control. It was also a steep learning curve. I spent most of 2019 in a state of high anxiety (and a degree of panic) over whether I was doing the right thing, and I have spent the past nine months or so coming to grips with the mysteries of marketing, something I never thought I’d want to do but I do (almost) enjoy. I certainly do enjoy being in complete control of my books, and I don’t skimp on the basics of professional editing and cover design. Becoming a self-publisher was definitely the right choice for me, and now I wouldn’t even consider trying for a traditional deal.

I can’t actually imagine setting my books anywhere else but England. And that’s not because I don’t love other countries—I’m especially fond of France, and Scotland—but because I feel “at home” in England. And I suppose, because I came to serious writing relatively late in life, and because I chose to write historical fiction set in a particular country and region of that country, I have invested quite a lot of effort and emotion in building an understanding of the history and mores of that place, which I feel I will continue to run with, rather than move to any form of “pastures new”. Having said that, for my as-yet-unpublished novel, The Nature of Things, although it is set initially in medieval Hampshire and Sussex, the story does move to France and Italy for a while, and then has a spell in Kent, before returning finally to Hampshire.

In answer to the question—is it original writing that is most difficult? Or the editing? Or something else?—I might answer “all of it”!

As it happens, I’ve found writing this current book really quite a challenge. All my books have multiple point-of-view characters, and several story threads that dovetail together towards the end. The books are very much character-focused, which means I’m having to understand and juggle the motivations, anxieties and transformations of several individuals. I’m also weaving together the different story threads. I find both of these elements of story-telling quite difficult to manage at times.

So, simply writing can be “difficult”. And so it should be really, else why bother to do it at all!

I was a technical author (a different sort of writer) for thirty years, and I loved my work. If I hadn’t done that, I might have liked to be something like a curator in a museum—surely handling old and interesting artefacts all day long would be wonderful! But I’m retired now, so writing is essentially “what I do”. If I’m not actually at my desk, you might find me gardening, though my other half does most of that these days. But I enjoy a bit of gentle pruning, and I do have a number of shaped box hedges that require annual clipping. Other than that, I walk most days—we live in the Hampshire countryside, which makes walking a real pleasure, and I like to take photographs of the changing flora I see. And of course I read…

Rather than just tell you about my most recent book, I’ll tell you about the three Meonbridge Chronicles, as they are the first three in a series. It’s not essential to read them in sequence but I think it probably helps in order to understand the Meonbridge “world”… 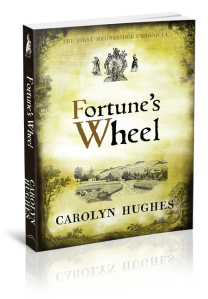 How do you recover from the havoc wrought by history’s cruellest plague?

It’s June 1349. In Meonbridge, a Hampshire manor, many have lost their lives to the Black Death, among them Alice atte Wode’s beloved husband and Eleanor Titherige’s widowed father. Even the family of the manor’s lord and his wife, Margaret de Bohun, has not entirely escaped.

But, now the plague has passed, the people of Meonbridge must work together to rebuild their lives. However, tensions mount between the de Bohuns and their tenants, as the workers realise their new scarceness means they can demand higher wages and dictate their own lives.

When the tensions deepen into violence and disorder, and the men—lord and villagers alike—seem unable to find any resolution, the women—Alice, Eleanor and Margaret—must step forward to find a way out of the conflict that is tearing Meonbridge apart.

How can mere women resist the misogyny of men?

1352: In Meonbridge, a resentful peasant rages against Eleanor Titherige’s efforts to build up her flock of sheep. Susanna Miller’s husband, grown melancholy and ill-tempered, succumbs to idle gossip that his wife’s a scold. Agnes Sawyer’s yearning to be a craftsman is met with scorn. And the village priest, fearful of what he considers women’s “unnatural” ambitions, is determined to keep them firmly in their place.

Many men hold fast to the teachings of the Church and fear the havoc the “daughters of Eve” might wreak if they’re allowed to usurp men’s roles and gain control over their own lives.

Not all men in Meonbridge resist the women’s desire for change—indeed, they want it for themselves. Yet it takes only one or two misogynists to unleash the hounds of hostility and hatred…

How can you uphold a lie when you know it might destroy your family?

It is 1356, seven years since the Black Death ravaged Meonbridge, turning society upside down. Margaret, Lady de Bohun, is horrified when her husband lies about their grandson Dickon’s entitlement to inherit Meonbridge. She knows that Richard lied for the very best of reasons—to safeguard his family and its future—but lying is a sin. Yet she has no option but to maintain her husband’s falsehood…

Margaret’s companion, Matilda Fletcher, decides that the truth about young Dickon really must be told, if only to Thorkell Boune, the man she’s set her heart on winning. But Matilda’s “honesty” serves only her own interests, and she’s oblivious to the potential for disaster.

For Thorkell won’t scruple to pursue exactly what he wants, by whatever means are necessary, no matter who or what gets in his way…

If you would like to know more about Carolyn and her work, please check out her links below:

One thought on “A Conversation with Author Carolyn Hughes”